There's something out there -- part 3

In part 1 of this story I told about the discovery of Sedna, the first – and still only – body found far beyond the edge of the Kuiper belt. Part 2 described some of our early theories on how Sedna had gotten there and what it was telling us about the early history of the solar system. Here I’ll begin talking about the most recent searches for more things like Sedna and how we’re doing so far.

Seven years ago, I knew with certainty that the discovery of Sedna in a strange orbit that never brought it close to any planet was telling us something profound about our solar system. I also knew that Sedna would never divulge her secrets alone. To learn more, we’d have to find more things like Sedna.

We had to find more because if there was one thing that we know for an almost certainty, it is that Sedna is not alone. Each of the different theories about why Sedna exists predicts something very specific about the other things that must invariably exists in the outskirts of the solar system along with Sedna.


For example, if Seda has been kicked into its current orbit by an unknown Planet X orbiting somewhere not far beyond Neptune, then this X would have done a lot more kicking, too, and the others out by Sedna would all have orbits which travelled to the far reaches of the solar system but then looped back to the location of X. The spot they all travelled back to would, in fact, mark X. If, in contrast, Sedna’s peculiar orbit was created when it was flung in the outer reaches of the solar system by a single star which had wandered unexpectedly close to our sun, then the orbit of every single other object out by Sedna would be able to be traced back to a kick from that single precise star. Finally (at least among my initial theories), if Sedna had been pulled into place by many tiny tugs exerted by a myriad of starts  born in the same cluster as the sun, there would be almost no pattern. Objects out by Sedna would be at every tilt, distance, and elongation possible. The other theories each had their own unique pattern, too. If we could only find more of these distant unexpected objects like Sedna, we could read their pattern – or their lack of pattern – to understand precisely what had happened earlier in the history of the solar system. It would be easy, if only we could just find a few more.

Sedna itself had been an unexpected discovery in our ongoing search of the skies. Night after night we were systematically scanning the darkness, looking for faint points of light moving slowly over the hours. Sedna was moving so slowly – because it was so distant – that at first we didn’t even think it could be real. But it was. And when we realized that we needed to find more, my first thought was simply: keep on doing what we were doing. At the time that we found Sedna, we had covered about a fifth of the sky. So by simply continuing our normal search we were bound to find something good sooner or later. 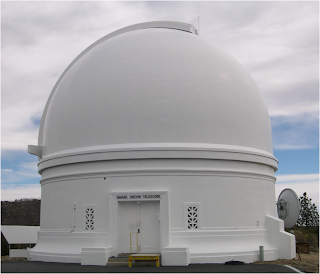 Find something good indeed! In the years that followed, as the area we had searched grew, we found Orcus, then Haumea, then Eris, then Makemake. The outer solar system would never be the same. But the one thing we never found was anything remotely like Sedna.

Not finding anything else like Sedna was disappointing, of course, but, really, not surprising. Sedna was so far away and moving so slowly that we had almost missed it the first time around. And Sedna’s orbit is so elongated that is spends the vast majority of the time even further from the sun than it is now. In fact, most of the time Sedna is so far away from the sun that it would be moving so slowly that we would have missed it entirely. Of Sedna’s 12,000 year orbit around the sun,, we would only have been able to detect it for the 200 years when it was the absolute closest to the sun.

We were lucky to have found Sedna to start with. We would need luck to find more. Or, if luck wasn’t going to work, as it appeared it wasn’t, we would need a plan. And better than one plan, we decided on two plans.

OK, plan one. If your big problem is that everything you’re looking for is so far away that it is moving too slowly for you to be able to notice it, the obvious solution is to watch more carefully for things moving more slowly. In our case, watching more carefully simply meant taking pictures further apart. In our first search across the skies, we took 3 pictures spaced by 3 hours. Anything that moved even slightly during those 3 hours was suspect. But something so far away that it looked stationary over 3 or 6 or 10 hours we would have just called a star like everything else stationary in the sky. The solution? Obvious. Take pictures further apart. Consistently taking pictures of the the sky more than 3 hours apart during a single night is hard, so we switched, instead, to pictures 24 hours apart. With that dead simple modification we could suddenly see things moving 23/3=8 times more slowly, meaning 8 times further away. Even better, after the discoveries of Eris and Haumea and Makemake, other astronomers were willing – eager even – to monopolize the telescope for our quest. Where our previous search had occupied at most 2 hours per night on the 48-inch Schmidt telescope at Palomar – a telescope specialized for broad views of the sky like we needed – our new survey was going to take fully half of all of the time available. We would sweep up the sky at an incredible rate. We were going to go so fast, in fact, that we decided it would be best to simply start from the beginning. So after having finished the largest astronomical survey for slowly-moving objects in modern history, we immediately turned around and began an even larger astronomical survey for even more slowly moving objects.

What an exciting survey! In our earlier survey we had found almost all of the known major dwarf planets. Now we could see things even 8 times further! If Sedna was the tip of the iceberg, as we suspected, we were about to be overwhelmed.

For 18 months we probed night after night. We found a lot of things which had been overlooked the first time around, objects in the Kuiper belt which had been in one of the blind spots of the camera or hiding so close to a bright star that it couldn’t be distinguished, but nothing in the far reaches were Sedna float – so far – alone. In fact, we only had a few days left before the telescope was to be taken out of service for major refurbishment, when something slow moving finally appeared in our pictures. It was far away – OK, not quite as far away as Sedna –but, still, it could be the next piece of the puzzle for which we were looking!

There was one problem, though. While we could tell that the new object (which we nicknamed “Snow White” based on what turned out to be an utterly wrong guess about what it would look like up close) was far away, we had no idea if, like Sedna, it was far away and moving even further out, or if, like many objects in the Kuiper belt, it was just spending a little time far away before plunging back towards the sun like a normal Kuiper belt object. We didn’t know simply because Snow White was so far away and moving so slowly that it would take a long time – not a day this time, but a year – before we could tell which way it was headed. We had no choice but to wait, come back a full year later, and look again.

But we didn’t have to sit around that whole year doing nothing, because, of course, we also had plan number two.

To be continued. And eventually finished. Promise.
Posted by Mike Brown on Monday, November 29, 2010
Email ThisBlogThis!Share to TwitterShare to FacebookShare to Pinterest
Labels: Sedna, Snow White